This slide uses "modal" option set to "true". When using a modal pageslide, clicking on the main window will not close the window. You must explicitly call $.pageslide.close().

Japanese Currency and the Design

The yen is the official currency of Japan.

It is third most traded currency in the foreign exchange market after the United States dollar and the euro.

The denominations of Japan’s coins are all marked in Arabic numerals, except for the 5yen. On the reverse side of most of the coins is a design of a flower or plant design.

Each of the bank note denominations carries a portrait of historical figure.

Fukuzawa Yukichi (January 10, 1835 - February 3, 1901) was the most famous Japanese author, writer, teacher, translator, entrepreneur and journalist. Fukuzawa was one of the most influential people ever that helped Japan modernize into the country it is today. He never accepted any high position and remained a normal Japanese citizen for his whole life. By the time of his death, he was revered as one of the founders of modern Japan. 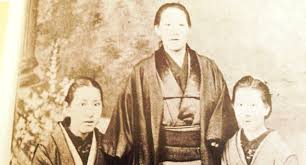 She was one of the first important writers to appear in the Meiji period (1868-1912) and Japan′s first prominent woman writer of modern times. She wrote relatively little as a result of living a brief life?she died at 24?but her stories had a large impact on Japanese literature and she is still appreciated by the Japanese public today. 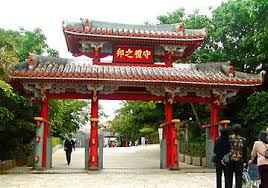 Shuri Castle is a Ryukyuan gusuku in Shuri, Okinawad. It was the palace of the Ryukyu Kingdom. In 1945, during the Battle of Okinawa, it was almost completely destroyed. But beginning in 1992, it was reconstructed on the original site based on photographs, historical records, and memory.

Hideo Noguchi (November 9, 1876 - May 21, 1928) was a prominent Japanese bacteriologist who in 1911 discovered the agent of syphilis as the cause of progressive paralytic disease.

Did you know these Japanese persons?

If you had to see the Japanese money, please by all means, remember the name of these persons.